Advertising Rules
1. Please place your advertisment in the correct boards. Failure to do so will result in the deletion of that ad.
2. Your advertisement images, text and anything else related MUST be PG-13.
3. You may re-post your ad once it gets to the second page. If you post another ad before yours drops to the second page, the newer one will be deleted. Link backs are an exception to this.
4. All site types are allowed, but we must be able to link back WITHOUT logging in or joining a Discord server!
5. No pleading for members, you may have a description of your site in the title.
6. No attacking other sites or rude behavior in the advertising section!
7. Sites where guests can not post external links are forbidden!
8. We implore you to make certain your hyperlinks work! Any advertisements that involve failing links will be deleted! 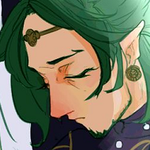